The Water Division of the Department of Public Utilities, City of Orangeburg serves over 50,000 customers with high quality potable water.

Our water distribution system consists of over 600 miles of pipe ranging in size from 2" to 36" and covers approximately 300 square miles in Orangeburg and Calhoun County. Our large service area truly makes us a REGIONAL WATER PROVIDER.

Water that is provided to our customers meets and in most cases exceeds all State (South Carolina Department of Health and Environmental Control) and Federal (United States Environmental Protection Agency) drinking water standards.

While our 30 Million Gallon per Day John F. Pearson Water Treatment Plant is rich in history, having been built in 1937, recent upgrades and renovations have made it into a "state-of-the-art" treatment facility. Our original water company had it's beginning in 1898.

Our raw water source is the North Fork Edisto River in the picturesque Edisto Memorial Gardens. The Edisto River is the longest completely undammed / unlevied Blackwater River in North America, flowing 206 meandering miles from its source in Saluda County, to its Atlantic Ocean mouth at Edisto Beach, SC. It rises in two main tributaries (North Fork & South Fork) from springs under the Sandhills region of West Central South Carolina, just to the south of the Piedmont fall line, and is the longest and largest river system completely contained by the borders of South Carolina.

The Department of Public Utilities Water Treatment Facility began as a water softening plant in 1937 with five wells and a capacity of 1 million gallons per day (MGD). In 1941, the plant was converted to a surface water plant and processed water from the North Fork Edisto River. In 1948, the plant expanded to 2 MGD. In 1954, an expansion increased the capacity to 4 MGD. At that time the plant was named the John F. Pearson Water Treatment Plant after DPU's first manager. In 1964 the plant grew to a capacity of eight million gallons per day. New additions to the plant included an 8.5 MGD raw water pump, a chemical mixing unit, a liquid chemical storage building, chemical feed equipment, a laboratory and 4 sand filters capable of filtering 1 million gallons each.

Future additions in the 1970's and 1980's included raw water pumps and finished water storage. In 1991 the plant was expanded to a capacity of nineteen million gallons per day. New additions to the plant included five filters, chemical mixing and storage, control room, laboratory and a solids handling facility. The DPU Centennial Park was constructed atop a 4 Million Gallon storage facility and dedicated to the citizens of Orangeburg in commemoration of DPU's 100 year anniversary in 2001. The most recent upgrade to the water treatment plant was completed in 2007 and increased our capacity to 30 Million Gallons per Day.

The plant is a member of the Partnership for Safe Water and meets or exceeds all water quality standards.

Rapid Mixing
Once it arrives at the plant, the pH is adjusted and water is rapidly mixed with aluminum sulfate (alum), a coagulant that helps the impurities stick together to form bigger particles called floc.

Flocculation
After rapid mixing, the water flows into flocculation basins, where the flow of water is slowed and the floc has time to grow bigger.

Sedimentation
Next, the water flows into sedimentation basins, where the heavy floc particles sink to the bottom and are removed.

Filtration
Now the water travels through large filters made of sand, gravel, and anthracite. Filtration removes any remaining microscopic particles and microorganisms.

Disinfection
Finally, the water is disinfected to protect against bacteria. Orangeburg Department of Public Utilities Water Treatment Plant uses a combination of chlorine and ammonia called chloramines to disinfect the water. Fluoride is also added to support good dental health, and Phosphate is added to control corrosion in our distribution system

Distribution
The clean water is then pumped into pipes that deliver it to more than 50,000 people’s homes and businesses in the Greater Orangeburg area.

Free viewers are required for some of the attached documents.
They can be downloaded by clicking on the icons below. 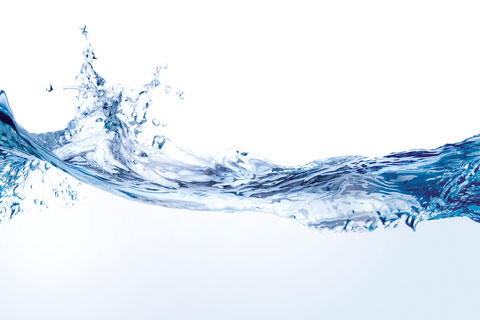 To report a water problem call our Operations Dispatcher 803.268.4100. We are here around the clock to service your utility needs.

Click the image above to find out what the SC Dept. of Health and Environmental Control recommends for the proper disposal of unwanted medication.